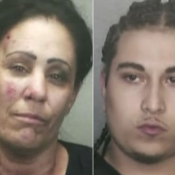 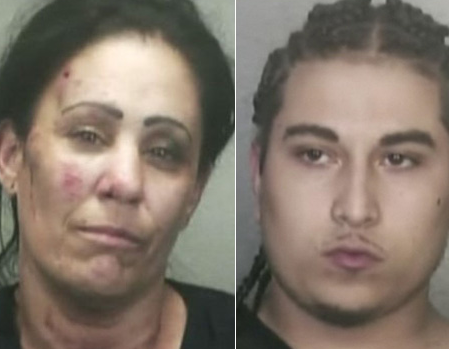 Some people are always looking for trouble.

Two deaf men were stabbed as they enjoyed a drink in a bar after a man mistook their sign language for gang signs.

Alfred Stewart, 31, who is deaf and mute, and three others including a bouncer suffered knife wounds at the Ocean’s Eleven Sports Lounge and Grill in Hallandale Beach, Florida.

Mr. Stewart was celebrating his birthday with friends, all of whom are deaf.

Police said Barbara Lee became angry with the group when she thought they were making gang signs at her.

The 45-year-old confronted Mr Stewart and made gang signs back. Witnesses then said they motioned for the ‘aggressive’ woman to leave them alone.

But Lee allegedly left and then returned shortly later with a youth and 19-year-old Marco Ibanez.

Ibanez is then accused of pulling out a knife and attacking the group of men.

In the ensuing melee, Mr Stewart and a friend suffered stab wounds to the torso and back and a bouncer who went to their aid was struck on the head with a bottle.

Lee and Ibanez were both arrested and charged with assault with a deadly weapon.

This story is just pure foolishness!!! How did she not see that the whole table was hearing impaired? I feel like this woman may have had a case of PARANOIA…! I’m also thinking she might have been some type of OG [original gangsta], because why else would you think they were coming after you?

Do you think she was missing a few screws?