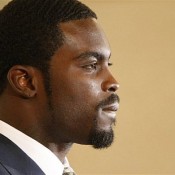 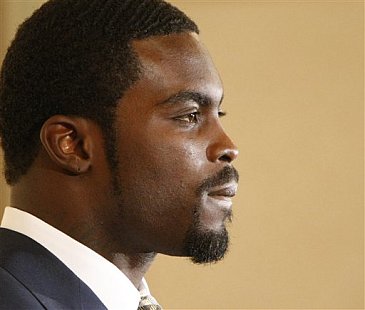 Michael Vick was one of the most hated men in the country a few years ago when he was charged and convicted for dog fighting. Now he has turned his life around and and wants to help others do the same thing.

Vick surprised two students from Camelot High School at the Kimmel Center in Philadelphia with $5,000 scholarships for college. The Camelot schools are alternative schools for students who have dealt with academic, emotional, or disciplinary problems.

The theme for the day was second chances. Everyone has seen Vick turn his life around in the past few years and now that he is almost done making up for his past, he is paying it forward by helping young students achieve their dreams.

The Atlanta Journal Constitution reported that no one knew how generous Vick would be with the scholarships that the two students, Monique Joseph and Rickey Savage, will be awarded yearly. Vick picked the students based off of grades, attendance, student government.

All of the criticism and hate Vick has received in the past has done a complete 180. He is truly trying to make up for his past and do the right thing. Unlike other superstars who send out fake apologies, Vick is going out and working with the people.

Do you think the public can finally forgive Vick?