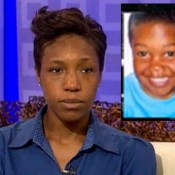 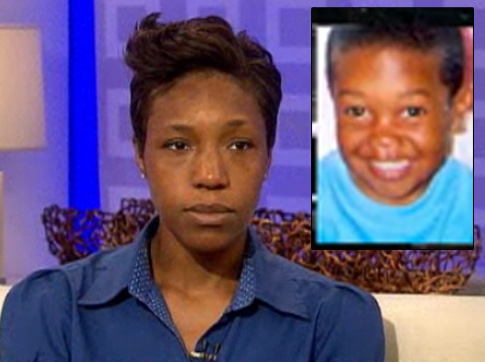 Raquel Nelson and her son A.J. in the top right corner.

This is probably the most bizarre case since Casey Anthony.  I need you guys to weigh in on this one because I completely disagree!

Now as parents, your job is to make decisions as best as you can to protect your children and help guide them down the right path. Although your children may see you as a superhero, at the end of the day you’re human and you make mistakes.  Right?  Well what happens if your poor choice in judgment ends up killing your child?  Well that is the predicament that a Marietta, Georgia mom is facing.  She was convicted of jaywalking after her 4-year-old son was run over and killed in a hit-and-run.
Raquel Nelson was convicted of homicide by vehicle and reckless conduct by a jury and faces sentencing on Tuesday. The possible sentencing for such a crime is up to a three-year jail sentence, six times more than Jerry Guy served.  Who is Jerry Guy?!  Oh, HE is the “man” who admitted to drinking and taking pain killers before running over Nelson’s son, A.J.

Yes, you read that correctly.  Nelson’s precious 4-year-old son was hit and killed by a drunk driver.  Despite the drunken nightmare, Guy , who has now committed his 3rd hit-and-run, only served 6 months in jail for the crime.

“One girl ran across the street,” Nelson said. “For some odd reason, I guess he saw the girl and decided to run out behind her. I said, ‘Stop, A.J.,’ and he was in the middle of the street so I said keep going. That’s when we all got hit.”

“I think to come after me so much harder than they did him is a slap in the face because this will never end for me,” she said. “It’s three years away from the two [children] that I have left.” 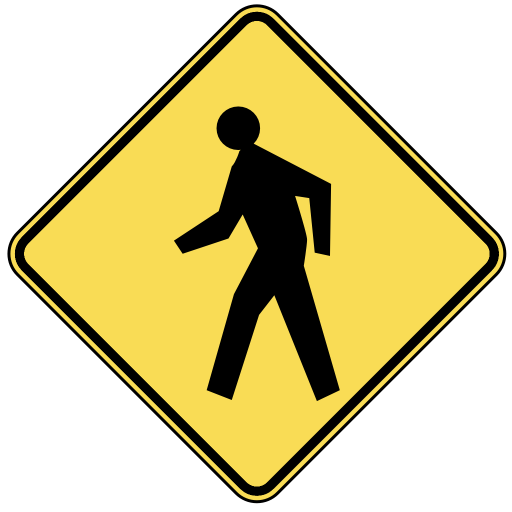 Nelson believes that the conviction is the result of a jury that had “never been in my shoes,” because each of them answered that they had never taken public transportation before. According to reports, Nelson, who doesn’t have a car, was three-tenths of a mile away from the nearest crosswalk when her bus dropped her off at the stop across the street from her apartment with her three children. She decided to cross with her kids rather than remain outside any later at night, she said. (You can read more about her case here.)

Nelson’s family is hopeful that the judge “is compassionate and lets my niece remain with her other children.” Nearly 75,000 have signed an online petition in support of Nelson.

What do you think? Should she be punished for jaywalking?  Don’t you think burying her son is enough punishment?  And if not, do you really think she deserves more time than the drunk driver who hit her son?!

Nelson was sentenced to 40 hours of community service and 12 months probation in Cobb County State Court, but then also given the option of a new trial in an unusual decision.