Bullying has become a more surfaced issue  over the past few years due to a growing number of suicides.  Harsh teens have taken their tactics to the extreme with severe pranks and campaigns on the internet. Kids can now organize large, secretive hoaxes against individuals with only a few text messages or rapidly spread ill will and torment online through social networking sites such as Facebook and Twitter.

Yahoo! News reported  on a small town Michigan teen, Whitney Krop, about her encounter with bullying. Students at Krop’s high school elected her to be on the homecoming court as a joke. When she discovered the cruel prank she stated that she thought she was not worthy to be selected and that she “actually thought about suicide”. 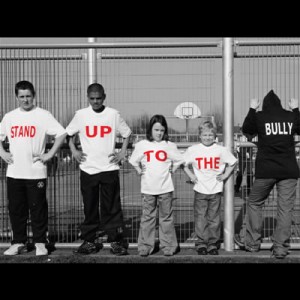 When local  businesses and residents discovered what happened, they decided to help her stand up and fight back by donating their services. Krop is receiving  free hair styling, pampering and a homecoming dress to attend the dance and spite the ones who wronged her.

That’s how we should help our kids fight back against bullying! We should rally with them and help them fight their bullies with confidence and high self-esteem. Not low self worth and depression. We cannot let them feel so unworthy that they consider ending a life they haven’t even lived yet.

So if and when you hear of a bullying incident such as this one, go and encourage the individual affected and see what non-violent thing you can do to help them prove their bully or bullies wrong.