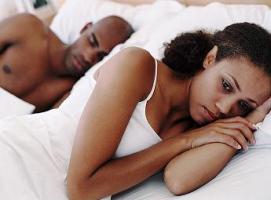 Why did you marry me?

Marriage is meant to be a life-long commitment but surprisingly enough, some who decide to take this journey don’t even know why they’re doing it. Deciding to say “I do” should be based on more than just the idea of being in love. It shouldn’t be a last resort because you’re over the age of 35, and it shouldn’t take place if both parties don’t equally desire it.

Hollywood marriages these days seem to be a sham with couples barely making it two years at the max and the general population is not far behind the trend.  Nowadays, divorce appears to be a part of the marriage deal, almost like people expect you to have more than one.

One of the main reasons marriages or relationships fail is because the individuals don’t know their partners. This could have resulted from a number of scenarios. One, a couple could be together because they felt forced to do so through an unexpected pregnancy or some other life circumstance. They rushed to the alter via peer pressure or tradition, without really getting to know the person they were committing to. Two, pure physical attraction without any emotional or spiritual connection. This could possibly be one of the worst reasons to marry an individual because the union is solely based on a basic surface connection.  Or three, the last resort, emergency back- up plan marriages. These people have probably surpassed the age that they thought they would get married and are now just desperate to get it over and done with. They want families and security, so they just go along with the first opportunity presented.

However, in order for a marriage or any relationship to function properly, the individuals have to know why they’re in it in the first place. Are they the person you trust the most? Can the two of you be goofy in public together? Ask your partner, why did you marry me or why do you want to marry me? It should be discussed fairly early in the relationship to avoid some of the frequent issues that come attached to a wedding ring.

Purchase my new book, “Am I in a Bad Relationship?” for more tips on diagnosing your relationship status.