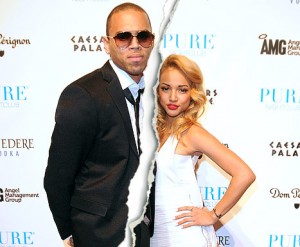 Chris Brown and Karrueche Tran pose at an event.
http://www.usmagazine.com/celebrity-news/news/chris-brown-karrueche-tran-split-2012410

Whelp, the inevitable has happened, Chris Brown and Rihanna are back together (maybe). News broke yesterday that Brown ended his relationship with Karrueche Tran with Brown stating that he wanted to “focus on his career”.

According to Us Magazine, Brown said “I love Karrueche very much but I don’t want to see her hurt over my friendship with Rihanna. I’d rather be single allowing us to both be happy in our lives”.

Brown has been making headlines lately with his frequent outings and encounters with the “We Found Love” singer. They’ve been spotted in clubs, caught kissing, and reportedly attended a Jay-Z concert together.

Rihanna openly confessed on Oprah’s Next Chapter, that Brown was the “love of her life” and made it clear that they are indeed friends. Most of the world suspected that these two would find their way back to each other so I think it’s safe to say that we aren’t that surprised.

What are your thoughts on this possible re-kindled relationship? While you take a minute to sort out your feelings, see what my new book, “Am I in a bad Relationship?” has to say about cheating.