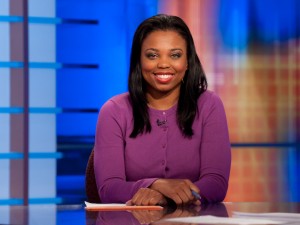 The first African American president being elected into office was a major accomplishment in U.S. history.The American people voted as a whole to vote for a face of color to lead the nation and then chose to re-elect him for another four years. We know that past names in Black history like Martin Luther King Jr., Malcolm X and Harriet Tubman would be proud to know that their race has come so far from the hardships of being colored. Although having President Obama in office is a hug win for the Black community and footnote in history, it doesn’t mean that some people still don’t feel the same way about Black people as they did before. Racism is still very much real today and unfortunately probably always will be. The public has just created a stronger tolerance for it.

Most racists are not as bold as they were back in the days of slavery and Jim Crow laws but some are still just as blatant as ever. ESPN’s Jemele Hill, is a Black female sports anchor who recently had a racist viewer acknowledge her with phrases such as “spear-chucker” and “big lipped gorilla” in a piece of snail mail sent to her station.

Hill said her initial response to the note was “laughter.” “I don’t want to downplay the seriousness of it … but I’m called something derogatory on a daily basis,” she said via email. “But that’s usually via email or Twitter. The fact that this occurred through snail mail makes it unique.” Facebook commenters have referred to the note as “sad,” “pathetic,” and “unbelievable.”

The note is dated Oct. 23, but Hill didn’t read it until today. She doesn’t have a mailbox at ESPN, she said, so her editor typically forwards her whatever mail is collected. Some of the letters she’s received throughout the years have been threatening.

The hateful letter went on to insult her gender and referencing that male Black sports casters are basically tolerated on air. The writer also seemed to be very disturbed by the fact that Hill stated on the show that she does not like golf  by saying she “wasn’t a real sports person”.

A similar situation raised a few months ago, came about with a Black female meteorologist by the name of Rhonda Lee who was allegedly fired for responding to viewer’s comments online about her short afro hair style. According to Black Media Scoop, the only reason Hill didn’t respond to her hate mail was because it didn’t have a return address. She did state that if it did have a return address her only response would have been ” I still don’t like golf”.

What are your thoughts on racism today? Is it more creative, more bold than in past years? Is it still happening more often then we’d like to admit?

Give us your opinion on this matter.