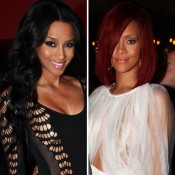 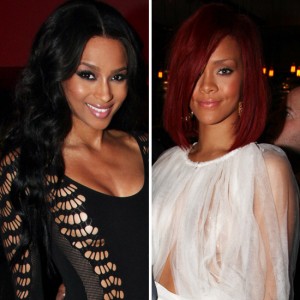 Seems like girl-fights aren’t going anywhere. However, it also seems like they are becoming EXTREMELY convenient! Thanks to twitter, you don’t even have to interrupt your daily routine to send out some public jabs and written attacks to the “tweeter” of your choice. In fact, you can do it all while eating lunch, doing laundry or watching the game… perhaps, a little too easy?

This past weekend, a heated twit-fit occurred between two of hip-hops most notable celebs, Ciara and Rihanna! Comments between the two heated up so fast that Rihanna’s firey locks were no longer the center of attention. And to think, it all began as a result of Ciara’s casual comments on E!’s Fashion Police last Friday.

“I ran into her recently at a party. She wasn’t the nicest,” 25-year-old Ciara recounted of Rihanna to host Joan Rivers. “It’s crazy because I’ve always loved and respected what she’s done in fashion… It wasn’t the most pleasant run-in.” To which Rivers replied, “What a B*tch!”

Rihanna not known for biting her tongue via Twitter responded immediately. 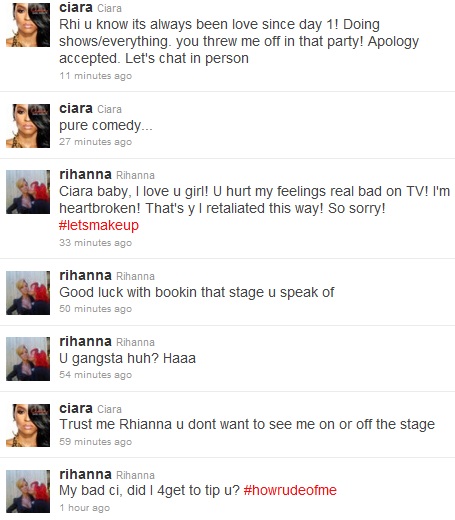 While I hope that the two can work it out and make long-term amends, I most definitely do not recommend twitter for such purposes. Harsh, typed comments are not easily forgotten and make a permanent impression among users, networks and followers. The real-time advantage of twitter is not a real advantage when it comes to advancing a relationship with another person. Reacting in the heat of the moment can do long-term damage.

Twit-fits are…. convenient? yes. good for friendships? no. Or this may have all very well been a publicity stunt. #yougotme