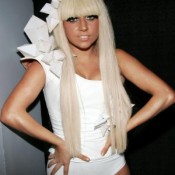 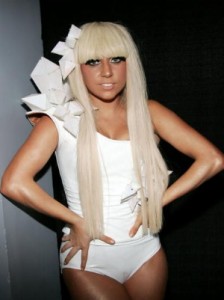 As seen on the Grammy’s, Lady Gaga never under-delivers when it comes to that “wow!!” and “wtf?!” factor that has made her one of the most original pop-stars of our day. With the recent release of her new single, “Born This Way”, we can’t help but wonder… was Gaga really born this way?

There’s no doubt that Gaga constantly shocks us with her out-of-the-box way of doing things. Whether she was in-the-egg or out-of-the-egg during her last red-carpet appearance, nothing about this 24-year old is typical.  It even seems that despite the obvious branding and marketing efforts that have played a definite role in her success, Gaga is uniquely authentic about who she is and what she represents- famous or not.

Interestingly, Gaga’s song dwindles down to one of the most controversial questions in psychology today: Nature vs. Nurture? That is, do our innate qualities and genetics determine who we are, or is it personal experience that ultimately defines us? Gaga’s new anthem promotes the notion that nature is responsible. Being one of the most influential voices for gay-rights, it’s not a surprising perspective for the pop queen to express.

Some of the most cited studies have been conducted on twins – both those that were raised in the same household, and those who were separated at birth and raised in different families. Among both populations, researchers have found ample evidence to suggest a biological connection to homosexuality, particularly among identical twins separated at birth. In these cases, when one identical twin identified as gay, the other identical twin also identified as gay more than 50 percent of the time – despite being raised in a completely separate environment.

Many others believe that homosexuality is caused by a combination of biological, hormonal and environmental factors, merging the nature vs. nurture debate into one argument. Others believe in a sexuality scale, like the one championed by Alfred Kinsey, that suggest a person’s sexual history or sexual identity may fluctuate along a continuum between exclusively homosexual and exclusively heterosexual, and can be influenced by both environmental and biological factors.

“Born this Way” has already catapulted its way into Billboard’sTop-10. The message, be who you are and don’t hide what you feel, certainly resonates with listeners across the globe.  Lyrics like “I’m beautiful in my way ‘cause God makes no mistakes. I’m on the right track, baby, I was born this way.” blast a message that is undoubtedly inspiring and positive.

So while Gaga seems to believe that she was born to speak to her pack of “little monsters” (aka. fans), there is no right or wrong answer just yet. Instead, it’s a matter of opinion and continual source of heated debate among psychology professionals. Nevertheless, it appears that the popular “love yourself” chant encourages our youth to be proud of who they are and that’s something I fully support. Go, Gaga! 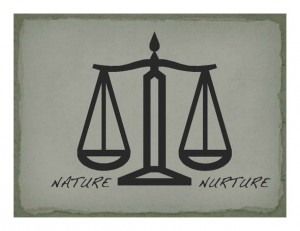 What do you think- were you “Born This Way”?