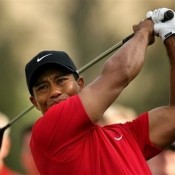 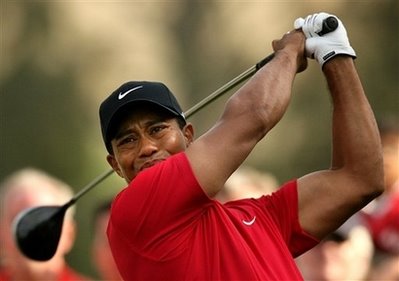 22-year-old student Alyse Lahti Johnston is the new woman in Tiger Woods life. The golfer who has a penchant for blond hair and blue eyes , has been seen canoodling with Johnston on his private yacht off the coast of Palm Beach…just miles from his new $60 million playboy bachelor pad.

Woods just officially divorced his ex-wife Elin Nordegren, after a five year marriage in August of last year.  Nordegren was disgraced after a very public fallout from his infidelities and the marriage is said to have cost Woods over $100 million.

I guess now is the time for the famed golfer to begin rebuilding his life after almost hooking up with every Jane, Jill, and Julia he could get his hands on.

Sources close to Woods’ new flame say the couple aren’t getting too serious just yet.

“She sent a BBM to a mutual friend of ours saying she didn’t consider herself Tiger Woods’ girlfriend. They were just having a good time hooking up,” said a source close to Johnston.

“She is a really nice girl, smart and super friendly. And she’s also a bit of a wild child. She definitely likes to have fun.”

Johnston was arrested in Florida last year for driving under the influence. In her defense, she claimed that her slurred speech and blood shot eyes were the result of a lack of sleep and little food over the course of a few days, not alcohol.

Johnston’s father is the CEO of IMG, the sports agency that represents Tiger Woods. She is keen on golf, and wanted to enter the LPGA Tour. To help her achieve her dream, her father hired a private coach who, in turn, introduced her to Woods.

“That’s never motivated her and she comes from a very well-to-do family anyway.

“She just wants to have a good time and lots of fun. I can definitely see her considering sex with Tiger a lot more fun than a relationship with him.”

Is NOW the right time for Tiger Woods to begin publicly dating again?