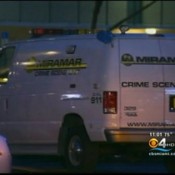 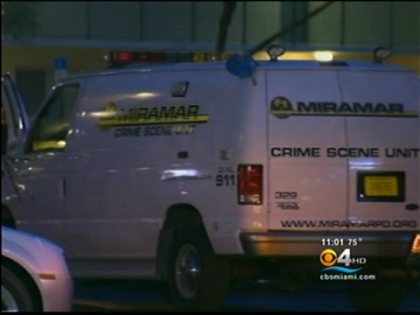 A toddler playing with a handgun shot and killed his mother in a tragic accident in Miramar Wednesday night, police said.

The shooting happened at 8520 Sherman Circle North sometime after 7 p.m.

Details are sketchy, but a 3-year old reportedly got his hands on a loaded gun and shot his 33-year-old mother in the back. The woman died at the scene.

The young boy was seen playing around with police shortly after the shooting, giving no outward sign of distress as his mother lay inside shot to death.

“At least it appears that he is not aware of exactly what it was that happened,” said Miramar Police spokesperson Tania Rues.

The woman’s name has not been released.

Police were trying to determine how the toddler got access to a loaded gun. They say a man inside the house called 911. He’s not under arrest but was being questioned Wednesday by detectives.

As always, my prayers are with this family.

Do you think that the child’s family should be charged for a crime in this situation?