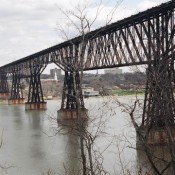 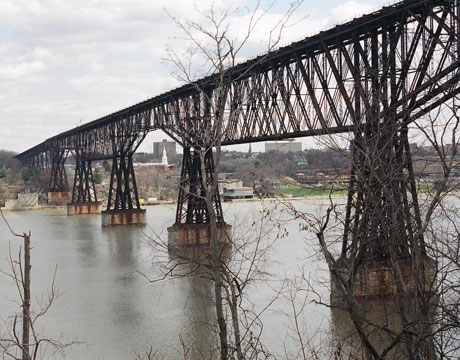 10-Year-Old Escaped From Van Before It Hit The Water

A Newburgh, New York mother Lashanda Armstrong, 25, fleeing a domestic dispute drove a minivan loaded with her three young children into the Hudson River, killing everyone aboard, officials said.
The woman let her 10-year-old son out of the vehicle before plunging off a dock into the murky water about 8 p.m. Tuesday night, Newburgh police said.

The boy ran to a nearby fire station to get help, but by the time firefighters got to the scene, the car had disappeared into the river.

Marine units and divers were called in and the vehicle was found about an hour later and pulled up by a tow truck.

Inside they found the woman with her two sons Landen Pierre, 5, Lance Pierre, 2, and daughter Lainaina Pierre, 11 months, police said.

“It’s a horrible sight, all of them in the car,” Newburgh Police Chief Michael Ferrara told the Times Herald-Record of Middletown.

Shortly before being alerted to the sinking vehicle, police  said they responded to a call about a domestic dispute at the woman’s home about six blocks away, but when they got there, the house was empty.

So sad. I’m wondering what this woman suffered from to see no end in sight and to take their lives. Such a young mother with so many children was probably suffering from some form of post-postpartum depression.
I’m hoping the son who survived the ordeal will get the help he needs to get through this.