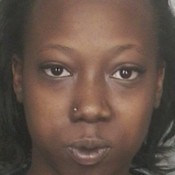 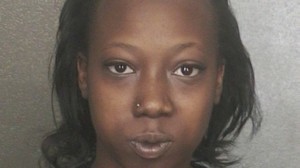 The 20-year-old Miami woman has been charged with grand theft after she allegedly stole $1,600 out of a man’s shorts and hid it in her glued-on wig, an arrest report stated.

Armbrister who’s been arrested 7 times before for prostitution.…went to a hotel room with a tourist from New York and was in a rush to leave in the morning.

She apparently had a quick look at the tourist’s “racks on racks on racks” told him her name was “Brooke” and tried to jet out of the hotel room with the cash.

The New Yorker had close to $2,000 in his pockets before Armbrister tried to make off with the loot.

Not to be swindled the man noticed that his stacks were missing and confronted Armbrister. She apparently stripped down to everything but her wig. Police got involved and asked to check her hairpiece. Viola! ….and there was the money.

Armbrister was arrested and detained.

Well, I guess I can’t ever look at LACEFRONTS the same again…I mean what else can you hide under there?

This clearly wasn’t as ingenious as she thought.