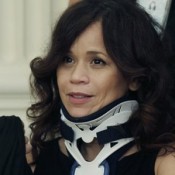 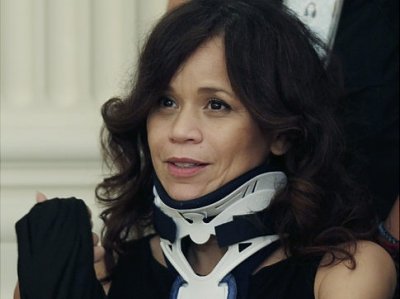 Perez Injured On the Set of Popular TV Series

Everybody’s favorite show Law & Order: Special Victim’s Unit is making news yet again. This time it’s not about the introduction of new characters, nor the start of a new season.

This time SVU is getting a taste of their own medicine.  Rosie Perez, who appeared on the “Haywired” episode is suing the show after being injured on set during filming.

Perez suffered a herniated disc that required 2 surgeries after an extra shook her while shooting a scene for the popular NBC crime drama in September 2009.  Despite the pain, the actress continued filming saying she felt pressured.

Perez, 46, underwent two operations, including a spinal fusion in July, when bone marrow from her pelvic bone was transplanted into her vertebrae. Days later, she had to attend an event at the White House with the aid of a wheelchair and neck brace. 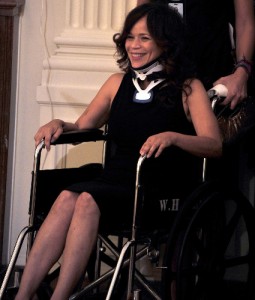 Sources close to her say she will never be the same despite the surgeries.
And the Academy Award for Best Faked Injury… I mean Best Actress goes to…