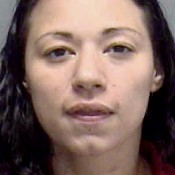 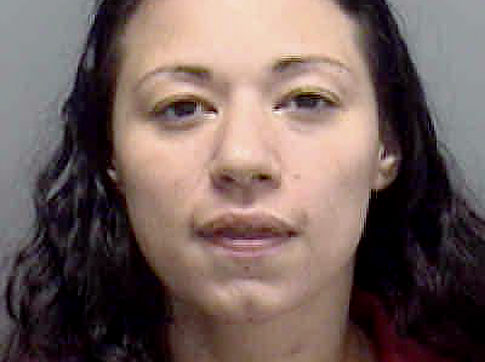 A Florida woman was busted by cops after she allegedly attempted to hide a knife in her “private area,” police said.

Gloria Esther Perez, 25, faces a charge of carrying a concealed weapon after her arrest in April. Fort Myers cops discovered the unusual hiding spot after responding to a report of Perez fighting with another woman, a police report said.

When approached by an officer, Perez and the other woman,  Whitney Noelle Krimmel, 28, were “very cooperative,” telling him they were fighting over buying cigarettes, police said.

However, the longer police remained, the more “nervous” the women appeared to be, the report said.

An officer also noticed that Perez was becoming increasingly fidgety, “putting hands into her pockets and near her private area like she was trying to conceal something.”

Enlisting the help of a female deputy, Perez was searched and found to be hiding dozens of prescription pills, police said.

Perez then “became ill,” the police report states, and was taken to a hospital.

Once there, it was discovered she was concealing two knives. One was tucked within the folds of her fat while the other was “hidden in her vagina.”

In addition to the concealed weapons charge, Perez faces several charges relating to the possession of narcotics.

How crazy is this story? Ladies, next time you get into trouble…find another place to hide your…ummm “contraband” somewhere else!

Do you think she should be charged for concealing a weapon?