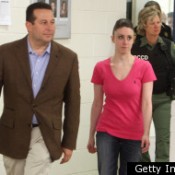 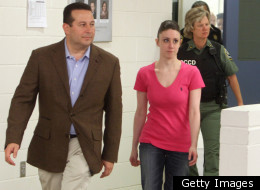 Anthony Is Now A Free Woman

Twelve days ago, a jury of seven women and five men — after hearing 33 days of testimony, 400 pieces of evidence and more than 90 witnesses — found Anthony not guilty of killing her daughter.

Chief Judge Belvin Perry sentenced Anthony to four years for the misdemeanor counts, but he shortened her term because she already served more than 1,000 days since being charged with first-degree murder.

Two lawsuits have been filed against Anthony.

One was filed by a woman named Zenaida Fernandez-Gonzalez, who claims Anthony damaged her reputation when, in July 2008, she told police a woman with that name had kidnapped her daughter. She’s seeking $15,000 in damages.

Texas EquuSearch, the missing person search and recovery group that searched for Caylee, is also seeking more than $100,000 in a lawsuit to recoup funds it spent on the search efforts.

Anthony’s lawyers claim she’s broke, but Anthony has the opportunity to make millions off of her story.

There’s also the question of safety while she’s out of a secure prison, since she’s received hundreds of death threats.

Do you think Anthony should be protected? Is profiting off of her story crossing the line?