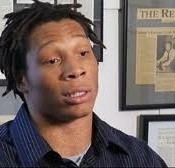 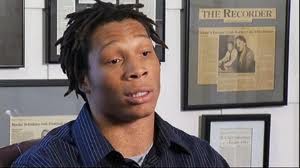 Marman Plans To Sue For Discrimination

University of New Mexico college football star, Deshon Marman was booted off of a US Airways flight for wearing saggin’ pants.

The case ignited racial tensions with accusations of racial profiling and apparently prosecutors have seen the LIGHT.

Prosecutors have decided NOT to file charges against Marman.

“My belief is if we took this into a courtroom with 12 members of our community on our jury, they would tell me, ‘Come on guys, you have more important things to spend your time on,'” District Attorney Steve Wagstaffe said. “And I share that view.”

Marman was arrested on suspicion of trespassing, battery of a police officer and obstruction after police say he refused to leave the US Airways flight on the captain’s orders.

Dozens of people gathered outside San Francisco City Hall on Tuesday in support of Marman. San Francisco Supervisor Malia Cohen told the crowd that she planned to introduce a resolution asking San Mateo County prosecutors to dismiss the case and for a formal apology from the airline.

Marman plans to file a lawsuit against US Airways alleging he was the victim of racial profiling, O’Sullivan said.

Sometimes it’s the SMALL victories that matter the most.

Do you agree with the prosecutors decision to drop the charges? Is Marman right to sue?