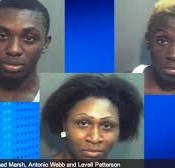 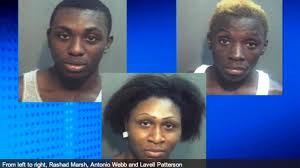 Just when I thought I heard it all…

4 men dressed as women are accused of walking into an Orlando, Florida fabric store Sunday and shoplifting several items.

When confronted by the clerk, the cross-dressing crooks fled from the the store, police said.

Police later caught up with the group a few blocks away from the store where the perpetrators had eight hundred dollars worth of merchandise. Police arrested three of the four men.

Unfortunately, Jo Ann Fabrics is not the only fabric store the perpetrators shoplifted from. The men also stole thousands of dollars worth of feathered boas, sequin trims, and fabric from Sewing Studio Fabric Store.

I’m just wondering what they were gonna do with all of that lace…and glitter?