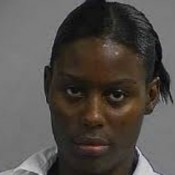 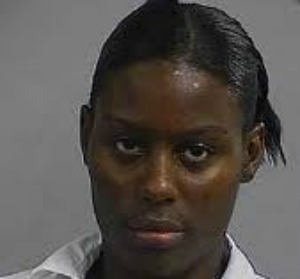 Five-Year-Old Claimed She Was Babysitting

Since when is a five-year-old mature enough to be a babysitter?

A Louisville woman is facing several charges after police say she left four children — one as young as 1-year-old — at home without adult supervision.

Police went to the home of 25-year-old Evelyn R. Smith and they allegedly found the four children, ages 5, 4, 2 and 1 home alone.

The 2-year-old was allegedly found naked, with feces smeared on her body.

Police say the 1-year-old was only wearing a diaper, playing with a fork and had a sharp pork chop bone in his mouth.

The children were seen eating cereal off the floor, and when police questioned her, the 5-year-old said she was “babysitting” the other children while the adult was at work.

None of the children could tell the officers the name of their mother, or the names or phone numbers of any other family members.

And police say they discovered another surprise: almost 10 grams of suspected crack cocaine in a shoebox on top of the refrigerator.

Hoping to find information about who was responsible for the children, police began to search the home for some type of identification. They eventually found the children’s birth certificates and determined that Evelyn Smith was supposed to be caring for them. They were initially unable to contact her, but eventually they found and arrested her Wednesday afternoon.

She has been charged with four counts of wanton endangerment.

The children were taken to the Home of the Innocents.

I’m not sure where this woman got her sense from…but that’s just unacceptable leaving those BABIES home like that!

How old is old enough to be a babysitter?