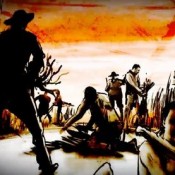 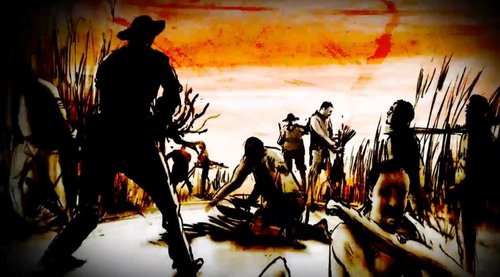 I came across this supposedly new video game the other day and all I can say is that I’m OUTRAGED.

“Slavery: The Game” – is an adult-rated real-time strategy game that is supposedly in the works for the Xbox 360, PlayStation 3 and PC.

Over the weekend, a trailer and website for this game started making the rounds … and, understandably, making people upset. According to the trailer, the game takes players back to the 17th Century and encourages them to “buy slaves, discipline them, exploit them, become the most powerful slave trader.”

The game is reportedly being developed by Javelin Reds Gaming, an offshoot of The Creative Assembly, which makes other historical video games.

The Creative Assembly responded to the rumors via Twitter:

“The Creative Assembly and SEGA have no knowledge of, and are not in any way involved with the alleged title ‘Slavery the Game’.”

I’m thinking that this whole video game thing is a hoax or a publicity stunt because the company can’t seem to be legitimately found.

Are you offended by the idea for this video game?