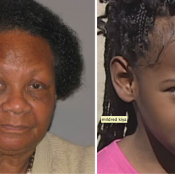 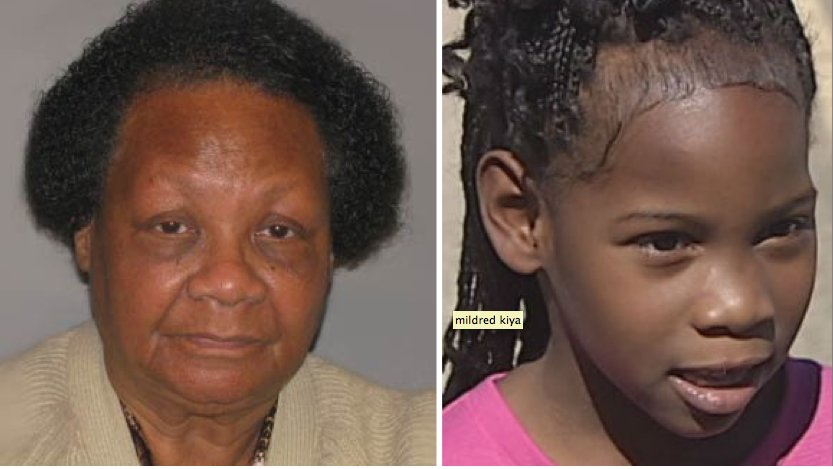 I thought they outlawed corporal punishment in schools?

Apparently one teacher didn’t get the memo.

A six-year-old at Bakersfield Elementary School was allegedly dragged across a playground by her teacher and the incident resulted in several bruises.

Mildred Russ, 65, of Baton Rouge is the teacher who was arrested for the alleged incident. “She tied my jacket around my neck and she dragged me to the playground to the office,” said Kiya Rogers. Someone said Russ was not at home when a news crew went looking to get a comment from her. The address on the street was covered by piece of paper and the one near the front door had a bag on it.

Jessica Rogers said she picked up her child’s uniform from the police station Thursday. The shirt had holes in it and shorts had green stains on them. Rogers is still upset about the incident, saying school officials didn’t notify her until Wednesday. Her mom said the girl does occasionally cut up at school. Kiya admitted to it as well. “What were you doing before she did this?” the little girl was asked. “I was talking in the classroom, but we started walking to the lunch room,” Kiya answered. The first grader has two bruises. One is on her neck and the other is located on her right leg.

Police Chief Mike Knaps said he’s known the teacher for three years and was simply shocked to hear about the case. “There is no valid excuse to take such action against a child,” said Knaps. “I’m in my 31st year with the police department and I’ve never been witness to anything like this before.” Rogers said she plans to transfer her daughter to another school in Baker. Meanwhile, the teacher is on paid administrative leave pending the outcome of the investigation. She’s charged with one count of cruelty to a juvenile.

Should teachers be allowed to use force on students?