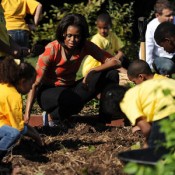 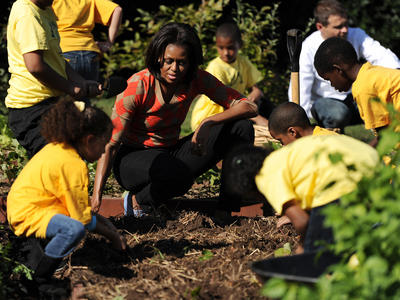 From The Associated Press –

The publisher of a book Michelle Obama is writing about her White House produce garden says it will be called “American Grown.”

Crown Publishers announced Monday that the complete title of the first lady’s first book is “American Grown: How the White House Kitchen Garden Inspires Families, Schools and Communities.” It is scheduled to be published in April.

The book will explore how improving access to healthy, affordable food can influence eating habits for the better and improve public health. The first lady has become an advocate for healthier eating and exercise, and she is leading a nationwide campaign to reduce childhood obesity in the U.S.

Mrs. Obama received no advance for the book and will donate all proceeds to a charity or charities to be named later.

Congratulations to our first lady!