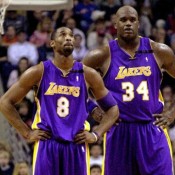 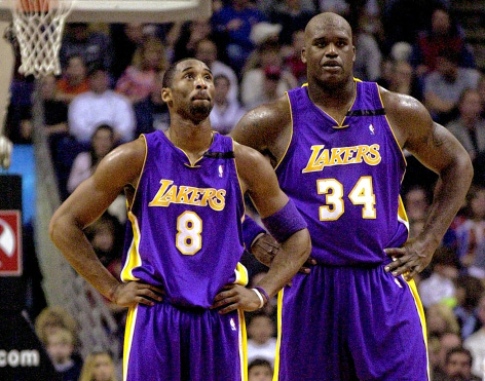 It’s no secret that Shaquille O’Neal and Kobe Bryant have been feuding for over 10 years. Each time we think it’s over, one of them comes back opening up the wounds.

He also spoke out about the famous feud,

So I’m on edge because I don’t have a new deal, and Kobe is on edge because he might be going to jail, so we’re taking it out on each other. Just before the start of the ’03-’04 season the coaching staff called us in and said, “No more public sparring or you’ll get fined.” … Phil was tired of it. Karl Malone and Gary Payton were sick of it. … So what happens? Immediately after that Kobe runs right out to Jim Gray and does this interview where he lets me have it. He said I was fat and out of shape. He said I was milking my toe injury for more time off, and the injury wasn’t even that serious. (Yeah, right. It only ended my damn career.) He said I was “lobbying for a contract extension when we have two Hall of Famers playing pretty much for free.” I’m sitting there watching this interview and I’m gonna explode. Hours earlier we had just promised our coach we’d stop. It was a truce broken. I let the guys know, “I’m going to kill him.”

You can pre-order Shaq Uncut: My Story, which comes out from Grand Central Publishing on November 15, here.

Do you think that these former teammates will ever let this go? How will Kobe respond?