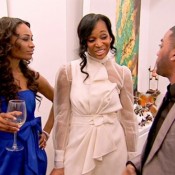 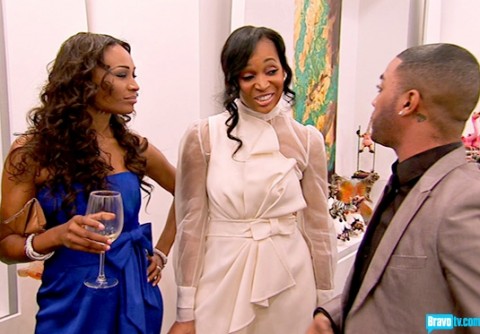 Episode 8 of The Real Housewives of Atlanta offered us a glimpse into the side hustles of the ladies.

After hiring Phaedra as her lawyer, Sheree just wasn’t happy with her performance in court. They met and mutually decided that to keep their friendship… they couldn’t work together on the child support case. Sheree just doesn’t get it, she paid Phaedra late and that’s really UNACCEPTABLE. Getting mad at Phaedra when she DROPPED the ball wasn’t the way to go. Sheree commented, “I am so relieved that Phaedra decided not to represent me anymore, otherwise I was going to fire her ass.”

I can’t wait for this discussion moment on the reunion show, I’m sure Phaedra will give us the real low-down.

Cynthia is busy trying to open her Bailey School of Fashion and her husband, Peter, is not offering much help. In fact he refuses to help her do anything and said, I have failed 99 times so I can tell you 99 ways not to do it,” “I need her to fall on her a–.” Wow. He also failed to appear at her side during the dedication of her new business (he left before the end).

What a great husband…

Kandi is trying to branch out into new genres of music and meets with country music star Jo Dee Messina via Skype. It seems like this venture will work out well for the multifaceted business woman.

Atlanta socialite Marlo Thomas made another appearance on the show. Kandi asked her again how she got her money..because she didn’t believe Marlo’s previous response of “God.” Marlo said she dated wealthy made and made wise choices in her investments.

“She doesn’t blow money,” translated Kandi. “The question is, does she blow to get money?”

After moving into their new 17,000 sq foot home Kim and Kroy decide to make an appearance at Cynthia’s opening.

Kim was upset when Marlo confronted Kandi about the rumors that she has a “big poppa.” Marlo kept incensing Kim when she repeated the name over and over until Kim stormed out of the party in a rage. She later accused  Kandi of being a “big momma,” and said she should stay in her lane.

During the after-show with Bravo’s Andy Cohen, Sheree premiered her new song along side her trusty side-kick, Miss Lawrence.

Listen to Sheree’s new song “Who Gon Check Me Boo”

Is every housewife going to come out with a song?

What were your favorite moments from this episode?