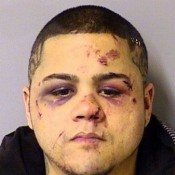 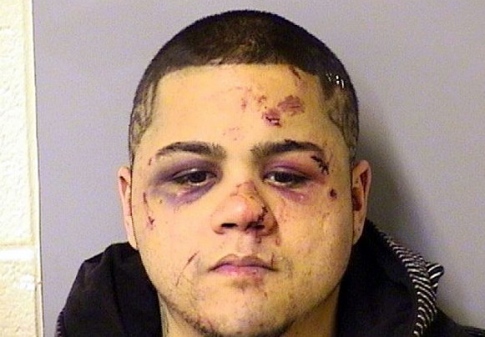 When Anthony Miranda, 24, attempted to rob and carjack a 33-year-old mixed martial artist who competes in the Ultimate Fighting Championships he got more than he bargained on.

According to police, the “victim” said Miranda approached his car near Kenneth Ave. and 55th St. and asked for a light for a cigarette. When the man, who did not want to be identified, said he didn’t have a light Miranda pulled a gun, demanded valuables and told the driver to get out of the car, police told the Tribune.

It was over for him after that and if you don’t believe me check his mugshot again.

If you’re unfamiliar with UFC fighting, it’s a type of mixed martial arts and it’s pretty much over for you – unless you’re also a trained fighter.

Miranda  is reportedly out on parole and was transported to the hospital and is being held on $350,000 bail.

Sometimes you just mess with the wrong one.