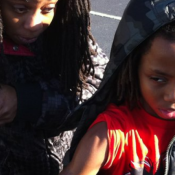 Chuntera Napier and her 10-year-old son

A Georgia mom was arrested after police found out she allowed her 10-year-old son to get a tattoo.

Chutera Napier said her 10-year-old son, Gaquan, wanted to get a tattoo in memory of his 12-year-old brother, Malik, was killed after being hit by a car.

“What do I say to a child who wants to remember his brother? It’s not like he’s asking me if can I get him a Sponge Bob,” she said. “He’s asking me for something that’s in remembrance of his brother. Well, how do I tell a child no?”

She took her son to a tattoo shop  in Smyrna and the boy received a R.I.P. tattoo with his brother’s name and jersey number on his arm.

A school official noticed the tattoo on the 10-year-old’s arm and alerted authorities. Napier was arrested and spent two days in jail. She was charged with cruelty to a child and being party to a crime.

I always thought if a parent gives consent, then it’s fine,” Napier said. “How can somebody else say it’s not OK? He’s my child, and I have a right to say what I want for my child.” 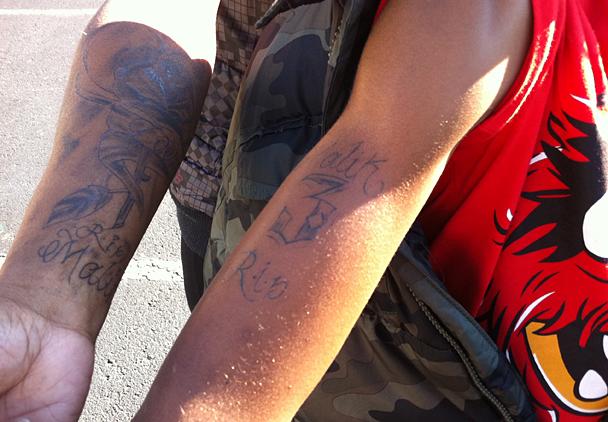 Although we may not always agree with laws regarding children, they are in place for a reason. What if this boy grows up and no longer wants this tattoo? His mother should have made him wait until he was old enough to make this decision. They are other ways to remember your loved ones.

Do you think this mother was out of line? Would you let your child get a tattoo?