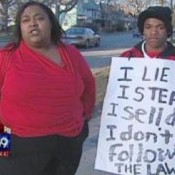 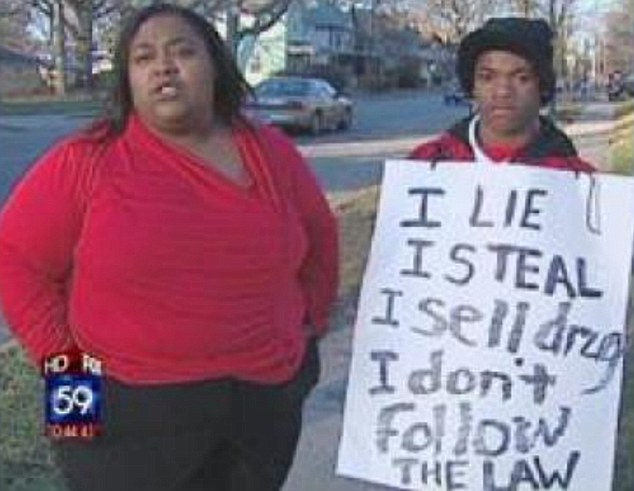 Dynesha Lax and her son

How drastic are your parenting methods?

One mom was so fed up with her son’s unacceptable behavior that she humiliated him on a street corner.

Dynesha Lax forced her 14-year-old son to stand for two hours on a busy intersection with a sign around his neck.

Her son has been in trouble with the law numerous times and she doesn’t believe that his punishments have made an impact.

“I decided he broke the law and they only gave him a few hours community service so I decided that we were going to wear a sign that says “you looking for attention, we’re going to get you attention,” said the frustrated mother.

Some good samaritans tried to call the police, but unfortunately, they couldn’t do anything to make her remove the youngster.

She’ believes that she did the right thing, “I’m hoping that having him out here is going to make it sink in. My object is to save my son.”

This is the second time I’ve heard of parents publicly humiliating their children into submission. I do not believe that this is a great idea. It might only further divide the wedge between the parent and child.

Sound off! Do you think parents should publicly humiliate their children as a method of discipline?