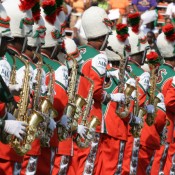 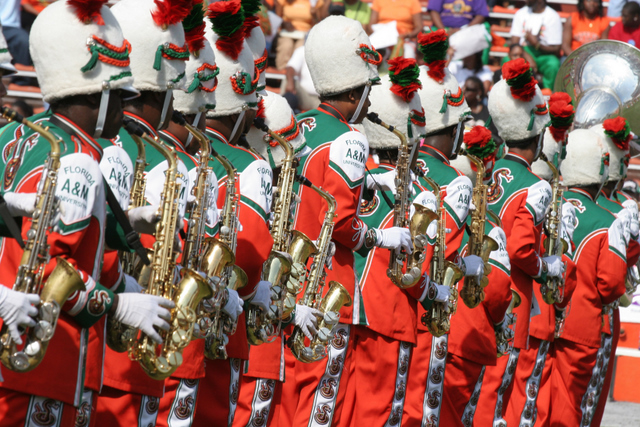 In a crackdown on hazing that has taken place since the untimely death of drum major Robert Champion; four Florida A&M University students have been arrested for hazing.

Champion died  from blunt force trauma injuries that have been associated with a hazing ritual aboard his band bus.

Police said the group was apart of the Marching 100’s Clones, a clarinet section.

The hazing took place in “three or four initiation meetings” that began around Sept. 1 in a house about a mile from campus. Five pledges were lined up in order of their height and “forced to exercise, play music, and were either punched, prepped (slapped with both hands on back) and/or paddled,” police said.

One of the pledges took photos of her bruises and quit after the first meeting. The police report doesn’t say whether she reported the alleged hazing to FAMU officials.

During the initiations, pledges were forced to give money and were pressured to keep exercising “even after exhaustion.”

The students were all charged with misdemeanor hazing and were released on bail; all have denied they participated in any hazing activities.

It seems like FAMU has been cooperating fully with authorities as they conduct their investigations into the band hazing, but is it enough?

Do you think that FAMU has done enough to make sure that this doesn’t happen again?

All four students have been dismissed by the university.