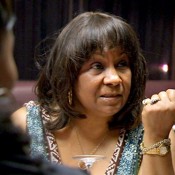 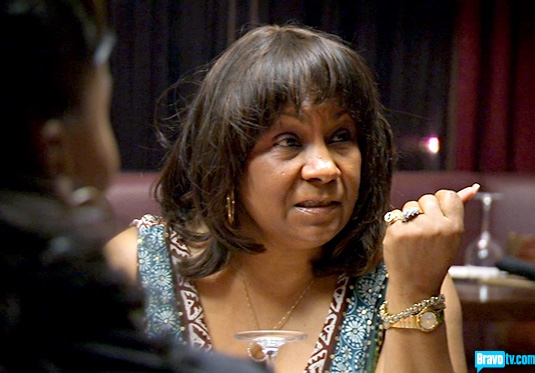 Episode 10 of The Real Housewives of Atlanta was filled with a lot of new developments for the ladies.

Kandi’s mother, Mama Joyce, organized a dinner at Straits for the ladies and she made sure that it was a dinner that no one would forget.

She was disappointed that NeNe Leakes no longer speaks to Sheree Whitfield or Kim Zolciak.

After some coaching she was able to get a meek “hi” out of NeNe, but she could tell that the ladies just weren’t interested in mending their friendships.

“I’m not interested in talking about it,” NeNe told Joyce. “Sometimes, things can go too far. They’ve gone too far for me.”

Eventually Mama Joyce got the point and stopped trying to make the ladies work on mending friendships that they no longer had an interest in.

Sometimes you just have to let some people out of your life and the ladies seem to be content with their decision.

Phaedra Parks also decided it was time for her husband, Apollo, to try to make amends with Cynthia Bailey‘s husband Peter.

They had a cordial dinner and the women seemed to enjoy themselves much more than the men.

Apollo tried to explain once again what he did for a living and it again sounds like he’s trying to say….Repo man. If only he’d cut the theatrics.

It was also during this meal that Phaedra decided she wanted to go to Africa. She begins planning a trip that we’ll see on a later episode of the show.

NeNe was adamant about not going. Sheree later confessed that didn’t think that NeNe was very cultured.

“I don’t think the b**** has ever been abroad. I don’t think she has any stamps on her passport. Get some damn culture!

I can’t wait to see how this trip pans out.

Do you think Mama Joyce over stepped her boundaries at dinner?