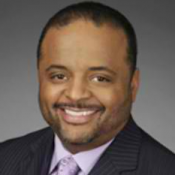 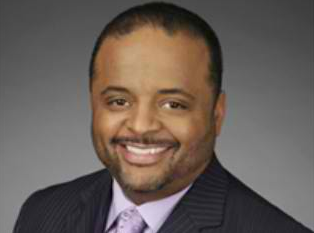 CNN commenter Roland Martin is under fire after he tweeted something that was deemed to be homophobic.

GLAAD (Gay Lesbian Alliance Against Defamation) has sent a protest petition to CNN after they reviewed his Twitter feed.

Martin has since denied the tweetswere homophobic or meant to encourage violence. But LGBT-rights group GLAAD has said that’s not enough, urging CNN Monday to fire the commentator.

GLAAD concludes, “Martin’s tweets today advocating violence against gay people weren’t an accident — they are a part of a larger pattern for Martin. Anti-gay violence in America is a serious problem facing millions of Americans. It’s no joke. CNN should fire Roland Martin.” The organization asks supporters to sign a petition to that effect. For more information click here.

Martin has issued an apology and says that he never meant to advocate violence against gays.

“Fam, let me address the issue that some in the LGBT community have raised regarding some of my Super Bowl tweets yesterday.

I made several cracks about soccer as I do all the time. I was not referring to sexuality directly or indirectly regarding the David Beckham ad, and I’m sorry folks took it otherwise.

It was meant to be a deliberately over the top and sarcastic crack about soccer; I do not advocate violence of any kind against anyone gay, or not. As anyone who follows me on Twitter knows, anytime soccer comes up during football season it’s another chance for me to take a playful shot at soccer, nothing more.”

CNN has suspended commentator Roland Martin over tweets during the Super Bowl that GLAAD and others blasted as homophobic.