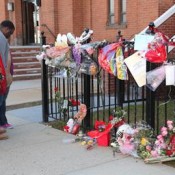 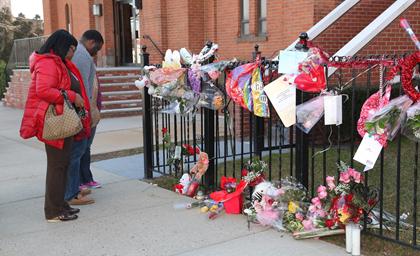 I’m very saddened to hear this news — Whitney Houston’s funeral will be private and not open to the public.

Her family also does not want to have a public memorial for the late singer.

CNN gives details on the story.
At the request of the late singer’s mother Cissy Houston, the eulogy will be given by Marvin Winans, a gospel singer and pastor at Detroit’s Perfecting Church, Carter later told CNN’s Erin Burnett. Winans officiated Houston’s 1992 marriage ceremony to R&B singer Bobby Brown.

New Jersey Gov. Chris Christie told reporters Tuesday that he planned to issue an executive order so that flags at government buildings throughout the late entertainer’s native state would fly at half-staff on the day of her funeral.

There will be no large-scale public memorial in Newark in the immediate aftermath of Houston’s death, city spokeswoman Anne Torres said. The funeral director at the Whigham Funeral Home told city officials that the family did not want a big memorial, according to Torres.

It’s also being reported that Whitney’s ex-husband, Bobby Brown, will be banned from the funeral.“Bobby is angry and frustrated because he only came to LA to care for 18-year-old Bobbi Kristina after she was hospitalized twice.

“People connected to the Houston family have reached out to Bobby to warn him that he shouldn’t attempt to attend the funeral because the family isn’t fond of him.”

Brown still hasn’t seen his 18-year-old daughter yet – despite being in LA since Saturday. It seems that Whitney’s mother, Cissy Houston is behind the hate.

“Bobby is angry and frustrated because he only came to LA to care for 18-year-old Bobbi Kristina after she was hospitalized twice.

Wow. I’m hoping they can pull it together so she can rest in peace.

Do you think that Houston’s family should have some type of memorial for Whitney?

The Houston family has allowed for the public to pay their respects to Whitney Houston.

Her publicist, Kristen Foster, announced that The Associated Press will be allowed a camera at the Saturday ceremony in Newark, N.J. The AP will stream the service on . The event also will be available to broadcasters via satellite.http://livestream.com/aplive

I’m glad they made that adjustment.