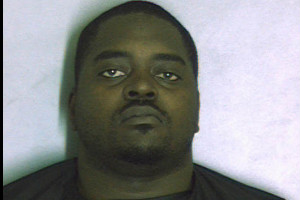 Children can sometime get into the “alcohol cabinet” and go for an experimentation!  However, just in time for Father’s Day, it seems with this case, the child wasn’t given it on accident.

A male out of North Georgia fixed baby formula with vodka.  The baby, only 4-months old, later died.

On Thursday, a grand jury indicted the father, Keith Furlow, 20, on felony murder and second-degree cruelty to children after authorities say that he put vodka in the bottle, an incident his public defender said was an accident.  You could probably fairly assume that the father was under the influence himself when the tragic “accident” occurred.

District Attorney Robert James told the press that he didn’t see any other way the baby could have consumed the vodka unless Furlow had given it to her.   He stated, “Obviously, at that age, a child isn’t old enough to get up and go pick up a bottle herself.  Children at four months old are fed whatever it is they consume.”  “So the evidence, we believe, would show that he actually fed this baby the vodka,” he added.

James says that he is at a point where he is now pursuing justice for the infant little girl.

Furlow’s attorney, Corinne Mull, with the Dekalb County Public Defender’s Office, said in defense of her client, “Everything isn’t always as it seems.”  “Accidents happen.”

The district attorney says that Furlow is being charged with felony murder because he is accused of the killing of his 4-month-old daughter while committing child cruelty.

According to the indictment, the latter charge state that Furlow, “with criminal negligence, caused… cruel and excessive physical pain by feeding a four month old an alcoholic beverage.”

I’m not sure what happened that day, but I can say that I strongly believe Furlow was intoxicated himself.  Probably, forgetting that the bottle was vodka, and the outrageous cries of the baby, caused him to accidentally put the vodka in the baby bottle.  Of course, I am not excusing his mistake.  He will now have to live with it for the rest of his life.  However, I hope that the mother of the child can forgive him, if it truly was an accident.

Angry residents have expressed their hatred towards Furlow.  Commenting harshly like, “He deserves a bottle full of acid down his throat, or in his veins!”  Another said, “Yup!  Because that’s what it felt like to the baby.”

I do not agree with fighting fire with fire, so I cannot say that I wish that this man deserves that.  But I will say, the time that he spends in jail with rightfully sense his body and hopefully show him a way to forgive himself for what he did.  I’m sure its not easy to have people refer to you as a “child killer.”

What do you think?  Was this man trying to put his baby to sleep?  Was he so upset with the mother that he had to seek revenge?  Or was it truly an accident?

Leave your comments below!