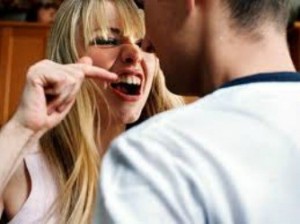 Have you ever been to a karaoke bar where a girl is singing Aretha Franklin’s “Respect” song with a little too much feeling? As if she may on the verge of a major meltdown? Well, that’s probably because she is. That poorly pitched girl erratically singing Aretha’s popular anthem is expressing just how she feels, unappreciated. She gets no respect or admiration from who she needs it most and is tired of it. She’s not the only one looking for love in all the wrong places (like a karaoke bar) nor is she alone in her feelings. Every woman, or person for that matter, wants to know that someone cares.

I know that whoever is reading this has felt that way at least once in their lives. Let’s say you’ve been at work all day, the regular 9am-5pm gig. Not only do you have to be at work by 9:00am, but you also have to drop the kids off at school, take your husband’s clothes to the dry cleaners, and stop by the bank all before you’ve even sent your first work email. Now let’s say that you’re late getting home because of traffic and exhausted from all the events of the day. Five minutes after you’ve walked through the door and kicked your shoes off, your husband walks in and asks “what’s for dinner hun”? You tell him that you’re tired, the two of you go back and forth about whose turn it is to cook, (even though you do most of the cooking anyway, but who’s counting) and the night ends with evil eyes and glares.

Now let’s say that you’re one of those individuals who is not tied down yet with the full responsibility of marriage or a steady job that the real adults have to endure every day. You and your boyfriend have planned your usual Friday night date night. Your last class ended at 5pm so now you’re headed back to your dorm to freshen up and relax before you go out. Your boyfriend didn’t have class that day so he spent his day playing “Call of Duty” with his roommate and their friends. After they’re done, they decide to go out for pizza. Your boyfriend thinks it’s no big deal if he breaks the date because you guys go out almost every weekend and after all it’s just you and of course you’ll understand. It’s now 9pm and you’re left dressed, ready, and forgotten about without as much as a phone call. It sucks!

According to an article from Foxnews, 24 percent of women claim to be unhappy in their relationship and feeling unappreciated is one of the main reasons.

We as women want our partners to notice the little things we do in the relationship. We don’t always need grand gestures or lavish “good job” parades.  Just knowing that you guys care and take our feelings into consideration means the world to us. Now is that too much to ask? I’ll answer for you, of course it’s not! So share this tidbit of information with your guy ladies, so both of your worlds can revolve a little smoother.