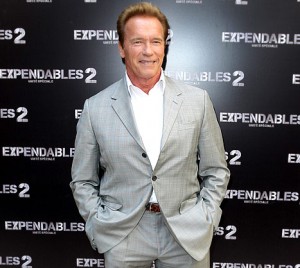 Former California governor and movie star Arnold Schwarzenegger,  had to say “hasta la vista” to his marriage to Maria Shriver when rumors surfaced of him fathering a child with his former housekeeper. Those rumors turned out to be true, and ultimately led to the end of their 25 year union.

According to Yahoo! TV, Schwarzenegger said that several years after the affair, he noticed that the boy rumored to be his favored him and so he started giving his mother money to support him.

“It just appeared to me there was something off, that he started looking like me, Schwarzenegger said. “So that’s when I kind of got it. It was never discussed. … I gave [money] to her and she knew what it was about.”

Unfortunately, an illegitimate child was not the only secret kept from Shriver. Schwarzenegger will be appearing on “60 Minutes” this week  to support his new book Total Recall: My Unbelievably True Life Story.  During his time on camera, Yahoo! TV reported that he revealed more secrets he kept from his wife such as his open heart surgery back in 1997, other numerous affairs and his decision to run for political office.

Surprisingly, Schwarzenegger says that he’s not that shaken up about his failed marriage or any other poor choices he’s made.

“Dwelling on it, like some people do, you know, years later, say, ‘Oh, yeah, I lost this, and I will never forget that. I’m still suffering.’ No, that’s not me,” he said. “I don’t suffer over anything that I’ve lost,”said Schwarzenegger .

What are your feelings on keeping secrets in a relationship?