Chris Brown appeared in court last week for his infamous domestic violence case against his ex, Rihanna. During his time in court, a  judge and prosecutor scrutinized his amount of community service hours he was required to fulfill as part of his sentencing.

As it turns out, the Associated Press reported that Brown completed 1,402 hours of community service. And even though he was originally sentenced to perform 1,440 hours, an official letter was written stating that he had completed his service. 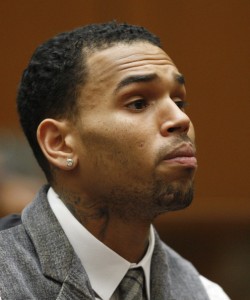 The AP also reported that in “recent months, the logs show Brown has essentially been working three jobs – performing cleanup duty in Richmond police precincts by day, janitorial chores at the Tappahannock Children’s Center daycare 45 miles east by night, and hit songs for global audiences in between”.

Brown appears to have paid his debt to society but is he completely off the hook yet? Has he had enough criticism or are we going to keep beating the dead horse?