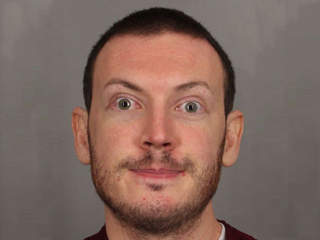 Over the summer, 24 year-old James Holmes, created his own real life horror movie scenario when we showed up to a late night screening of “The Dark Knight Rises” and unleashed a rain of gunshots. The deadly mass shooting took place in Aurora, Colorado and according to CNN, “at least 12 people were killed in the rampage and 58 were injured… of those injured nearly everyone was shot”.

Switch back to the present, Holmes appears to be feeling the weight of his actions because TMZ recently reported that the wannabe “Joker” miserably tried to kill himself.

According to cops, Holmes ran headfirst into a jail cell wall on Tuesday … and while he sustained injuries … they were not life-threatening. Holmes also reportedly stood on the bed in his cell and fell backwards … in an apparent attempt to crack his skull open. He failed. http://www.tmz.com/2012/11/15/aurora-massacre-shooter-james-holmes-suicide-attempt/

As far as his jail time goes, Abcnews reported back in July that he was charged with 24 counts of first degree murder, (that’s counted twice for each person he killed. One for murder and one for per-meditated murder). “Both of the charges carry the death penalty as a possible sentence”.

Holmes, there’s no need in trying to get out of this one. You’re in for a long hard road buddy.