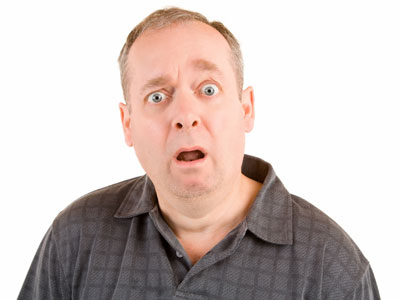 Picture this. You’ve finally met the woman of your dreams. She’s beautiful, smart, great with kids and is like no other woman you’ve ever met before and you are completely head over hills for her. So you pop the question, she says yes and you and your new bride live happily ever after…until you discover she’s a man!

A Belgian man had his world shattered when he discovered his wife of 19 years was actually born a male.

According to the NY Daily News, 64 year-old Jan met his Indonesian bride Monica nearly two decades ago when she used to work for his family. Jan believed that  she was legit by saying “I thought she was an attractive woman — all woman. She had no male traits.”  Although her paperwork and identification was questionable, he brought her back to Belgium to be his wife.

The final confirmation of her true identity came from Jan’s oldest son from a previous relationship.

As reported by NY Daily News:

My oldest son saw her sometimes at a nightclub,” he told the newspaper. “She began to wear very flashy clothes, those ultra-short skirts or tiny tops, so her abdomen was completely exposed….”I pushed her against the wall and said: Now I know the truth. Are you a man? She then announced that she was born as a boy and that she had been operated on.”

“I feel I’ve been assaulted,” said Jan. He is currently seeking to divorce his wife due to her deceit.

After nearly 20 years with a person, I believe something should have caused a red flag to go up regarding your mates sex origin. Something. Tell us your thoughts on this 20 year prank!