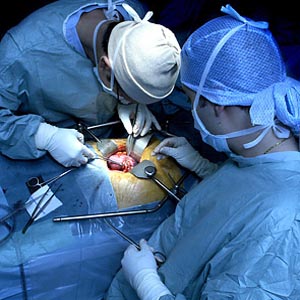 Although a sad truth, our loved ones lives are often saved because someone decided that they wanted to be of greater use when they pass on. Organ transplants are often the last resort for someone and many people wait a long time just be put on an organ donor list. According to NumberofNet, 65,500 kidney take place globally.  So imagine when you finally get your name on the list, receive an organ and then that same transplanted organ kills you less then two years later.

According to CNN, a Maryland man died from rabies that were infested in his transplanted kidney that he received a year and a half ago. His donor was a 20 year old airman was training to work in aviation in Pensacola, Florida. The Maryland man was a retired army veteran. The airman’s organs also went to three other people in Florida, Georgia and Illinois. Fortunately, the have not contacted the raccoon originated rabies virus but are being treated with vaccines as a precaution.

As reported  by CNN:

The Maryland recipient died February 27 at the VA Medical Center in Washington, and doctors at the CDC diagnosed rabies as the cause of death. The CDC then examined autopsy tissue from the donor and determined he had died of the same type of rabies, which is spread by raccoons, according to the CDC.

Dr. Matthew Kuehnert, director of the CDC’s Office of Blood, Organ, and Other Tissue Safety, said “Their first reaction was that it seemed unlikely because it’s been almost a year and a half since the transplant”.

CNN also reports that no rabies test was done when the organs were harvested and are baffled as to why the Maryland lived a year an a half after his transplant because “in the only other U.S. outbreak of rabies among organ recipients, the four patients died within a month of transplant in 2004”.