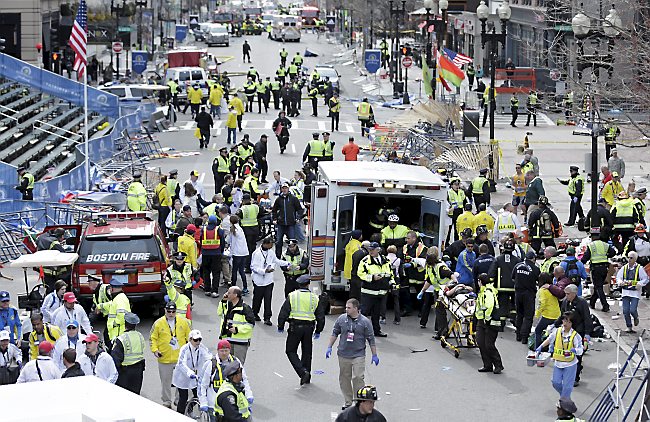 Yesterday tragedy, depression, anxiety and fear herald itself against our nation once again. Is there anyplace safe anymore? People came from all over the world to participate in a friendly marathon that turned tragic. The times are now perilous. What has America come to at this time? Are we hated so much that a person is willing to detonate a bomb that would kill an eight year old boy? The world will never be the same.

First, I have to thank all of the emergency responders in Boston for doing such a great job in Boston. We also have to give kudos to Boston for the emergency-prepardness. This is the time that we now live-in. There were a total of three bombs that actually went off and numerous people were hurt and several even loss their lives. In particular, an eight year old boy was killed by one of the IED. I really believe that if we are not careful, we will soon enter into another World War. However, yesterday innocent blood was shed for no reason and I am personally saddened by this attack on the people. 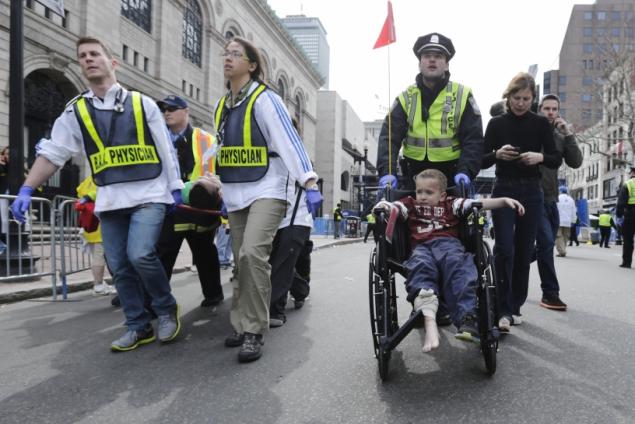 We now how to live each day, not in fear but in the power and authority of God. I believe that the only way of protection is Divine Protection. What is scary about this whole event is, “It may not be over yet.” We have to stay vigilant in prayer because something has now entered into our atmosphere. The once protected Super Power-America’s veil has been pierced. It is my prayer that President Barack Obama and his staff exercise due-diligence and find whomever is responsible for this terroristic act. We have to fight back in prayer and diligent prayer because this thing has gotten serious.

Many may ask, “What is divine protection?” Well, it is a protection that you cannnot not buy with a gun or armored force. It can only be given by God. We don’t have to walk in fear, ever, we can walk in authority but the devil is no joke and he has to lose his power. Many of us are just sitting quietly and waiting on what is next to come. People are afraid to travel, people are afraid to live, people are afraid to prepare for their future. This is not so.

Now the experts say, this attack was domestic and by someone who really just wanted mass casualties. I have not analyzed the setting or attempted to profile the possible villain in this instance. One thing that I can affirm, he or she will be captured. I would hate to profile the person and be right but I probably could do so. What I found interesting, is that he/she did it on a day that we will never remember and we will always have to pay attention to, April 15 Tax Day.

I declare that we are NOT afraid. Our relationships with each other and God have to become more vigilant. We must watch for related attacks. we can expect more purse and back-pack searches and we MUST fight back. Our relationships with neighboring states must become closer. Is it a young Saudi national? Is it an Act of Terror? Is it a Domestic Event? and Are there other devices that are out there. Is it a home-grown terrorist or has Al-Qaeda struck again. America we do NOT have time for foolishness. We don NOT have time to be depressed and we do NOT  have time to walk in fear.  Let’s fight back!