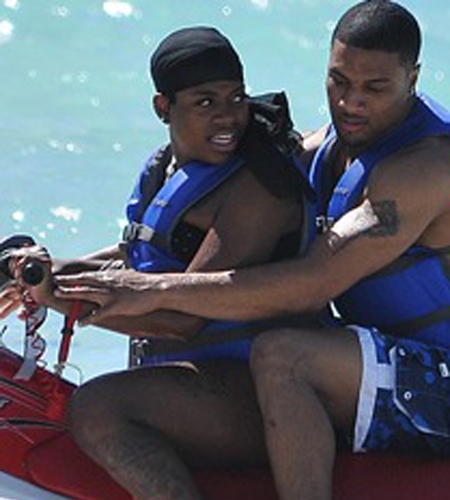 The smoked has cleared now but I’m sure we all remember when our favorite American Idol winner, Fantasia Barrino’s relationship status blew up the media waves a year or two ago. It came to the light that Fantasia was in a relationship with a married man, Antwuan and that she was having a baby by him. Typical cheating scenario for many, start creeping, slip up and get pregnant, the wife finds out, it’s a story as old as time.

Well, Fantasia is making her way back up the ladder with a new album, “Side Effects of You” and is mostly telling the world how she felt/still feels about her ex in it. That’s wonderful, great and grand Fantasia but what I find interesting about your new project is how you justify your decision to be a “home wrecker” while promoting your album. In her interview with Infelicious, Fantasia said that she was hurt by how the media portrayed her and then tried to justify her actions by saying that other people in the industry have done what she did but didn’t receive the same flak about. Well, that maybe true, Fantasia but a bunch of  music industry wrongs still don’t make a right.

Here’s some of what she had to say about her cheating ways. As reported by

And let me just say this, there’s been so many other artists, and I’m not gone say any names, who have been in the same situation that I have, but you never hear it. So Fantasia was that person that they said ‘Hey, let’s make her the crash dummy.Let’s make her the person who we’ll talk about. We’ll never praise her good but we will always expose her bad.’ So I would have to say “Side Effects of You,” my main hurt, all of those songs came from the industry…And I’m not just talking about Antwaun. I’ve been in a lot of relationships where they’ve just been, not good.

It’s the media’s job to uncover the truth and expose, even if they do overexpose material at times. However, that’s still no excuse for breaking up a “happy home” as they say. Fantasia and her ex made a choice, and that choice came with consequences, one of which was exposure to the world for being a public figure and an illegitimate child. Sadly, when these type of situations occur, they often don’t end well and like Fantasia and Antwuan, the two parties don’t stay together. A quick fling with no ring.

What do you think about Fantasia justifying her infidelity? Do you think she received more exposeure for her relationship than other cheating celebrities?

Listen to the full interview here.