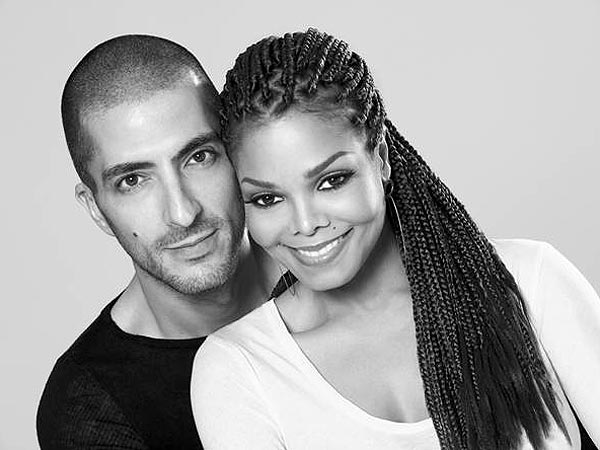 Janet Jackson has supposedly decided to forsake her musical roots and profession for love. According to Black Like Moi, she’s retiring from music and converting to Islam. Some of you may have heard that Janet tied the knot some months back in a hush, hush wedding to her now husband, Middle Eastern billionaire Wissam Al Mana. Janet has not been in the forefront lately, other than when her older brother Michael Jackson passed away in 2009 and her last movie role in Tyler Perry’s “Why Did I Get Married Too?”.

It has since been reported that Janet has moved to the Middle East and converted to Islam.  Surprisingly, she also has disavowed music and left the industry entirely.  Janet says that part of the reason she wants to leave music is so that she and her husband can live a private life away from the media.

I guess during all that time off the grid she was courting and making a love connection with her new husband. This is the former Ms. Jackson’s third marriage at 47, and it seems like she is taking every precaution, including leaving her country, profession and former religion to ensure that this marriage lasts. Third times, the charm right?

Here’s the question that I must raise from this, is Janet doing all of this on her own accord or is she being forced and pressured by her new partner? With this being her third marriage, it wouldn’t be surprising if she felt the need to make drastic sacrifices in order to help the relationship succeed. But based on what we’ve heard so far, it sounds like a one-way streak. Janet has moved to another country. Janet has quit her job and Janet is the one who converted to another religion. What has her new husband sacrificed for her? Janet may not have had an album out in a while but was she really ready to forsake the industry all together that she’s been a part of for over 20 years? Then again, maybe she was trying to maneuver her way out all along during her hiatus and her new relationship was just the perfect way to leave it behind.

What are your thoughts on sacrificing in a relationship? Janet may not be returning to music, but she’s definitely made her footprint in the industry, so I’m sure she won’t be easily forgotten. Who’s knows, maybe in a few years we’ll be saying do you remember the time Janet thought she wanted to quit music? Ya never know, this relationship could very well lead to inspiration for a comeback album! Either way, we here in the states wish you well Mrs. Jackson.