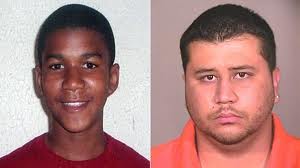 The efforts to try and clear George Zimmerman’s name now include an ebook written by his father, George Zimmermaan Sr. that’s entitled “Florida v. Zimmerman: Uncovering the Malicious Prosecution of my Son, George”. In a desperate attempt to try and prove Zimmerman’s innocence, Zimmerman senior has taken the time to point out everyone (which in this case are Black people) that are more racist than his son has been made out to be.

According to Think Progress, Zimmerman Sr. gives a direct hit to the African American community by targeting them in a chapter of his book entitlted “Who Are the True Racists?”. In the chapter, Zimmerman Sr. names mostly ten dominant Black organization which include groups like the NAACP, United Negro College Fund and the NBA that are all seemingly racist by making statements such as the “NAACP  [S]imply promotes racism and hatred for their own, primarily finical, interests and without prejudice and racial divide, the NAACP would simply cease to exist.”

As reported by Think Progress:

Previously, Zimmerman Sr. believed generally racism was a thing of the past. He says that, personally, he hadn’t encountered much racism, even though his wife is Hispanic. But after his son shot and killed Trayvon Martin, however, Zimmerman learned that racism is “flourishing at the insistence of some in the African American Community.

Personally, I think this is a desperate last attempt to try and get a sympathy vote for Zimmerman.  I’m not denying the fact that some of the Black organizations named don’t have some people with alternative agendas that mainly want to return the favor of sending the negative energy and feedback that has followed the Black community for so many years, but I do think that Zimmerman Sr. pinpointing who thinks is more racist is absurd. Especially since the organizations named came about because the Black community was not getting the same level of opportunity as the White community.

Maybe Zimmerman’s father is fearing the worst for his son right about now. Do you think he senses a pre-conceived notion in the court room?