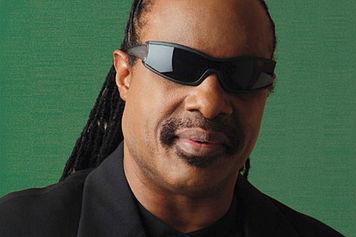 Music mogal Stevie Wonder is not taking the not guitly verdict of George Zimmerman lightly. Like many other Americans, he too is infuriated at the fact the George Zimmerman got to walk away scott free after killing 17 year old Trayvon Martin.  To show his disgust, Wonder is boycotting performing in Florida and any other state or county that has “Stand Your Ground” laws or  similar legislature.

According to The Huffington Post, Wonder told a crowd on Sunday that he would be boycotting Florida until they repeal the law. Since Wonder stated that he would not perform any where that the law is in place, that means that at least 22 states   (Georgia also has ‘Stand Your Ground” laws) will not see the performer in their area.

I decided today that until the ‘Stand Your Ground’ law is abolished in Florida, I will never perform there again, the singer said in Quebec City. As a matter of fact, wherever I find that law exists, I will not perform in that state or in that part of the world. The truth is that — for those of you who’ve lost in the battle for justice, wherever that fits in any part of the world — we can’t bring them back. What we can do is we can let our voices be heard. And we can vote in our various countries throughout the world for change and equality for everybody. That’s what I know we can do.

A bold move and one I commend Mr. Wonder for. He’s right. We can’t bring the people back we’ve lost to injustice but we can let our voices speak on their behalf. If more people would actually “do something” about the things they’re upset about instead of just complaining or venting about them, I believe that we can stir change. Our past leaders in civil rights have proven this time and time again. The country is begining to gather together by ventures such as rallies, protests and petitions and if enough people take this matter to heart like Stevie did, hopefully Trayvon and others lost to injustice can finally have equality won for them.