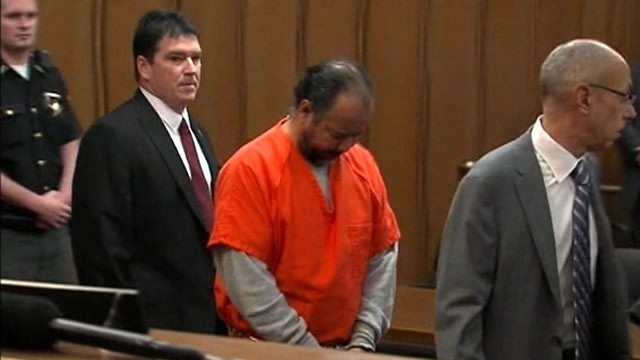 It’s been several weeks since Cleveland, Ohio natives Amanda Berry, Georgina DeJesus and Michelle Knight were resuced from their kidnapper Ariel Castro, after they were missing for over ten years! Castro has now been charged with over a 900 count indicment for his crimes against his three victims but even though the story seems to be pretty straight forward that he commited the crimes, Castro has pleaded NOT GUILTY!

According to the Daily News, Castro “pleaded not guilty Wednesday on an expanded indictment charging him with 512 counts of kidnapping and 446 counts of rape, among other crimes”. You don’t have to be a medical professional like myself to know that Castro has some screws loose to think he is not responsible for kidnapping, raping, torturing and mentally stagnating Berry, DeJesus and Knight.

Besides kidnapping and rape, the new, 977-count indictment also charges him with seven counts of gross sexual imposition, six counts of felonious assault, three counts of child endangerment and one count of possessing criminal tools. He previous was charged with two counts of aggravated murder related to one act, charges alleging that he purposely caused the unlawful termination of the pregnancy of one of the women.

The victims now look more poised and put on brave faces in their thank you video above and they assure the public that they are doing great. However, as a mental health professional, I can assure you that there is much work to be done behind the scenes.  The effects of ten plus years of captivity, abuse, both physical and mental and helplessness is not just going to dissolve in a matter of two months.

Daily News reported that Castro’s bond is set at $8 million and his trial is set to start August 5.

What do you expect is next for these three young women? They’ve been fairly silent since their rescue. Other than the thank you video. Will we find out something even more grotesque once the trail starts?