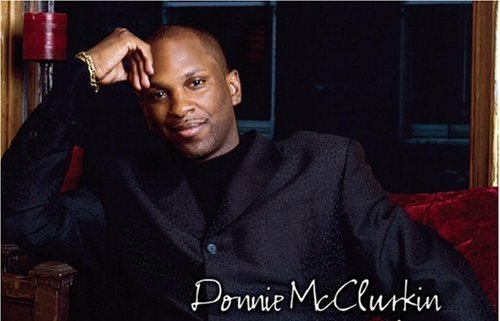 Donnie McClurkin cut out MLK concert because of gay testimony!  McClurkin was scheduled to perform in the D.C.-government-sponsored concert with other singers at the Martin Luther King Jr. Memorial during the “Reflections on Peace: From Gandhi to King” event. But at the request of Mayor Vincent C. Gray (D), who fielded concerns from activists Friday, the Grammy-winning singer decided not to perform, according to the mayor’s office. McClurkin disputed that account, saying he was “asked not to attend” the concert. In a lengthy video statement posted online Saturday, McClurkin said Gray “uninvited me from a concert that I was supposed to headline.” “There should be freedom of speech as long as it’s done in love,” McClurkin said in the video, adding that he believes it is unfortunate that in today’s world, “a black man, a black artist is uninvited from a civil rights movement depicting the love, the unity, the peace, the tolerance.”

In 2002, McClurkin wrote on a Christian Web site that he struggled with homosexuality after he was molested by male relatives when he was 8 and 13. “I’ve been through this and have experienced God’s power to change my lifestyle,” he wrote. “I am delivered and I know God can deliver others, too.” Phil Pannell, a local gay rights activist and civil rights advocate, said he raised objections with the mayor’s office Friday because he thinks McClurkin’s comments on homosexuality have not been in the spirit of the “beloved community” about which King spoke. “I take no joy that he is not performing,” Pannell said. “I really admire Donnie McClurkin’s artistry, but this is a situation where a political polemic obscured his artistry.” Could it be they believe that he is still gay or still has homosexual beliefs or deny that he could even been delivered from homosexuality. Kendrick Lamar told his situation and everyone accepted him and still appreciated his talent. However it is sad tat his man has come clean about what he says is in his past and civil rights activist mostly preachers. Why can’t find it in their hearts o respect the man for even coming out about his past. Secondly that’s not easy for someone famous to do. I would have thought they had more respect for his talent and him to not do him like this there is a reason you even put him on schedule because of his talent. What do you think?