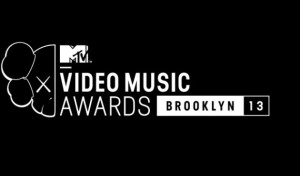 Last night were the MTV Video Music Awards. I ordered a pizza and got comfortable so that I could relax and watch some of my favorite artists perform and accept moon men statues for their achievements in music. I was prepared to be blown away by A listers

Lady Gaga opened the show in a blasphemous display of what she considers singing and dancing and I’m still not sure if it was a joke or not. She was booed, but kept performing. After 11 years, N’SYNC reunited and they were anything, but… well, in sync. It was clear that not everyone has been practicing. One of the guys who was not Justin Timberlake noticeably gained weight and struggled to keep up with JT and the others. Another member who was also not Justin sounded a bit flat to me; or maybe I am just being too critical. Kanye West performed, but it bored me to sleep, so I’m not sure what he sang or what he did. Bruno Mars debuted his new single, “Gorilla” and gave a solid vocal performance.

The performance that stole the show was Miley Cyrus and Robin Thicke, unfortunately it was for all the wrong reasons. Miley’s vocals were sadly mediocre and her stage attire was confusing and ridiculous. She started out in a teddy bear onesie and ended up in a barely there flesh tone two piece that hardly covered her underdeveloped bosoms and her butt cheeks leaked from the bikini bottoms. Thicke, dressed in his best Beetlejuice-esque tuxedo jacket sang and I think everyone gasped and or shook their heads when an overeager Cyrus bend all the way over and began to twerk all over married Robin. He seemed to enjoy it which made it all the more uncomfortable to watch.

While there were several others who performed, the best of the night was Justin Timberlake. He pretty much put on a mini concert and sang snippets from almost all of his singles; from the first CD to the latest one. His styling was dapper, as usual and his dancing was impressive. His vocals were stellar with the exception of his falsetto. That left a little to be desired.

Overall, the VMAs were three hours (including the preshow) of lackluster singing, dancing and shenanigans. There weren’t many incredibly impressive moments, so if you missed the show, you really didn’t miss anything. You can check out www.mtv.com/ontv/vma/ for all of the “highlights”.