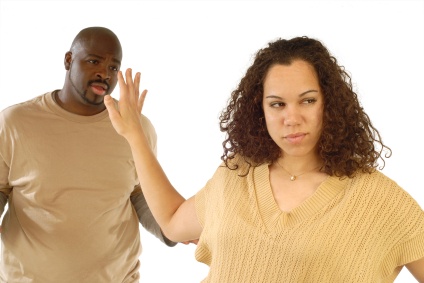 There are a couple of things that can really destroy a relationship. One of the most controversial topics is a lying boyfriend and or husband.  The top ten lies that men tell is a very popular post. I took a quick survey of 50 readers and developed a new list for the 2013 season. I will also attempt to provide a brief explanation based on some of the comments provided.

10.  I had to work late. This is an excuse that many men may give when they want to get lost for a few extra minutes. Query your man a little more and make him drill down on his true responses.

9.  My cell-phone died. This is just a little to cheesy and common. Usually when he doesn’t want to be found, this is a popular excuse.

8.  I ran out of gas. This is a very popular one when they don’t want to come over or take you out on a promised date. If he pulls this one, the relationship may be headed for trouble.

7.  I feel asleep after work. They may get just one pass GO with this one. However, when it becomes to frequent he may be seeking happiness elsewhere.

6. I was over my moma’s house. Call his mom and get the facts if this one comes up to often. She will either tell you the truth or cover up for her son’s bad behavior.

5. I ain’t got it right now, I had to pay my bills. Remember this, he has an emergency stash somewhere. If he tells you this one, tell him to go borrow it from his partner.

4.I got a headache. Now when he uses this one, smell him to be sure no other woman’s or man’s perfume/cologne is on his clothes (especially if he likes sex).

3.  We got out of church late. This is usually a lie. Ask him what was he doing at church late? Put him on the spot.

2. It’s just not working anymore. This is a sign that the end is near. Prepare for the worst and get ready to just move forward.

1.  She is just a friend. This remains the  number lie that men tell. If you have to ask who she is, she probably ain’t a relative. Most men voluntarily introduce relatives.

I hope this has been helpful to you. By the way, check out my book at www.askdro.com, “Am I in a Bad Relationship?