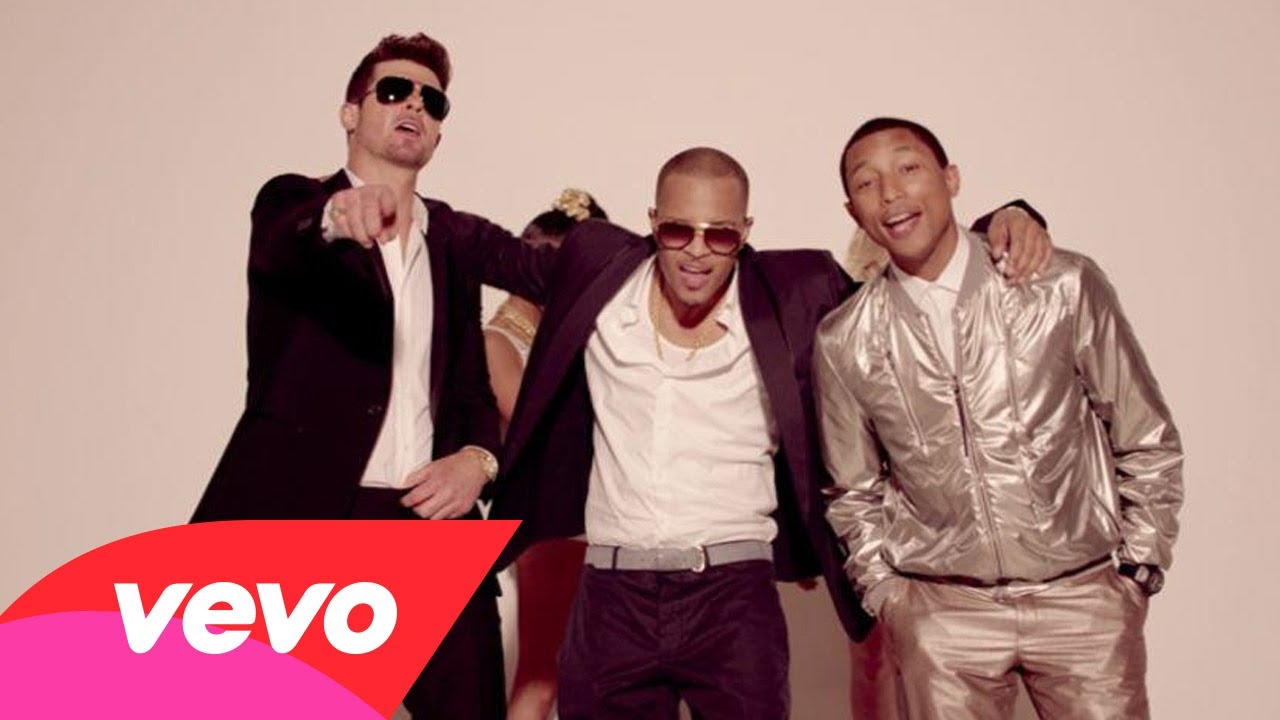 Robin Thicke T.I. and Pharrell vs Marvin Gaye family! Robin Thicke’s song of the summer, “Blurred Lines”, certainly shares a sound and style similar to Marvin Gaye’s “Got to Give It Up” and Funkadelic’s “Sexy Ways”, but is it enough to warrant copyright infringement?

Both Gaye’s family and Bridgeport Music, which owns the right to Funkadelic’s music, seem to to think so and have threatened suit against Thicke and contributors Pharrell Williams and T.I., aka. Clifford Harris, Jr. According to The Hollywood Reporter, Thicke, Pharrell, and T.I. have sought to preempt a possible lawsuit by filing one of their own against Gaye’s family and Bridgeport. “Plaintiffs, who have the utmost respect for and admiration of Marvin Gaye, Funkadelic and their musical legacies, reluctantly file this action in the face of multiple adverse claims from alleged successors in interest to those artists. Defendants continue to insist that plaintiffs’ massively successful composition, ‘Blurred Lines,’ copies ‘their’ compositions,” the suit reads. “But there are no similarities between plaintiffs’ composition and those the claimants allege they own, other than commonplace musical elements. Plaintiffs created a hit and did it without copying anyone else’s composition.”FWIW: In an interview with GQ back in June, Thicke called “Got to Give It Up” “one of his favorite songs”. He said he told Pharrell, “‘Damn, we should make something like that, something with that groove.’” Then he started playing a little something and we literally wrote the song in about a half hour and recorded it. The whole thing was done in a couple hours normally, those are the best ones.” There is a video above check it out it is a mash up of Marvin Gaye’s got to give it up and Robin Thicke’s blurred lines.  Tell me what you think!