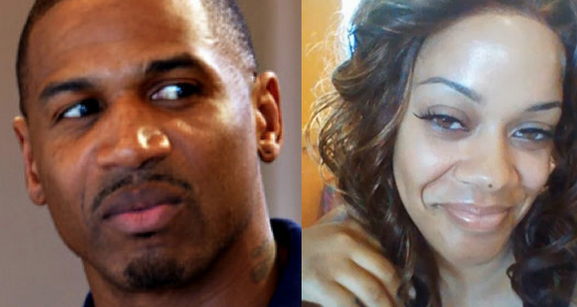 Allegedly Love and hip hop Atlanta reality T.V. star Stevie J has a baby on the way! However reportedly not by Joseline Hernandez! Apparently a woman has come forward saying the Love & Hip Hop star is going to be a baby daddy! She’s claiming to be pregnant with his child. Her name is Promise B Mae and she’s allegedly expecting a baby with J and threatening to terminate her pregnancy. Furthermore she’s ceased all contact with J and the distressed reality star is now trying to contact her via social media.

“So you changed your number on me, we need to talk!” J allegedly wrote the woman on Instagram. “Don’t you think I need to be a part of that decision?” he reportedly added.

While “Love & Hip Hop Atlanta” fans might be chomping at the bit about this seedy story, the entire thing sounds a lil shady. In June, Promise B Mae claimed that NFL baller Cam Newton was trying to pursue her and shared screenshots of their alleged direct messages. Fans of Newton quickly denounced the alleged back and forth and claimed the screenshots were photo shopped. Could his young lady just be looking for her 15 minutes of fame? Also, many say that if she was truly pregnant with Stevie J’s baby why he would want her to have the baby? When on season one of Love and hip hop Atlanta his new girlfriend Joseline Hernandez was pregnant he made her get rid of it. Also, many say if she was really pregnant she would want to keep the baby so that she could reap some kind of money from it. Anybody STUPID enough to sleep with Stevie J, let alone get impregnated by him, deserves whatever they get. What do you guys think?