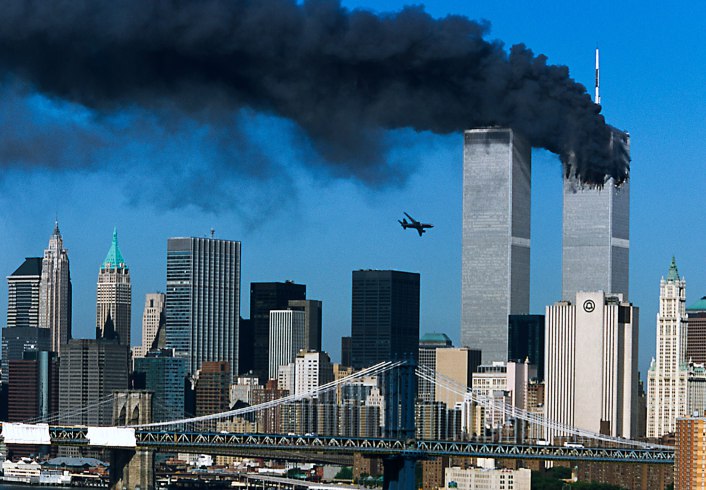 On September 11, 2001, four commercial jetliners were hijacked by suicide bombers who crashed them into two towers of the World Trade Center and the Pentagon.

Although the terroists attempted to break the spirit of the American people, they did not succeed.

10 hijackers managed to make 2,753 people die on two airplanes and on the ground when the planes slammed into the World Trade Center towers.

Another 184 people died in Pennsylvania when they tried to stop the attack.

RIP to everyone who died in the attack on our great nation and my condolences to those of you who lost loved ones.

On the tenth anniversary of the attacks, I just wanted to take some time to reflect on how this act of terror changed our lives and what the attack means to you.

Where were you on September 11, 2001? What do you remember feeling after the attacks? How can we move forward in the war on terror?

There are 3 critical areas that I can see will be most impacted:

The first thing we need to discuss is our possible flashback of 9-11 which I am sure surfaced on Today. This now leads us to “fear of flying again.”( aerophobia, aviatophobia, or aviophobia) It took all of us a while to process after the attack on the World Trade Center. I myself, was traveling for my job weekly at the time, and I had a terrible time each week going to the airport. I really appreciate how rigorous the FBI and other law-enforcement authorities are looking for the possible culprit of such a violent act. However, each time there is another occurrence there is a heightened sense of fear. I guess the fear of flying would be appropriate because terrorist attacked (2) airplanes mid-air. This was devastating to America. We had never had anything of this nature happen to us. At least when there is a war, we can prepare ourselves. However, there was no war this time and, as with war, there was a lot of bloodshed. New York, no matter how the recover, will always have feelings about what happened. Even after Monday’s attack, NYC raised their level of anticipatory anxiety. This can soon and will soon have a deleterious impact on even that city. Now Boston will forever changed and I am saddened. I know this will impact those the fly into those areas and more ever those that live in those areas. I am just wondering how the airlines are going to respond to us during this time of peril. I really hope that they don’t increase their prices and make the consumers suffer.

The next area that we should discuss is fear of attending public events. Now, we have to arrive earlier toevents because there are extra security measures in place and of course this takes a few extra minutes. We appreciate this but is it enough. As a forensic psychiatrist, I know that the “criminal mind” has its way of circumventing basic security measures. This is becoming serious. What may happen, people may stop going to public “open-air” or “closed-air” events because of the attacks that are happening in America. No, we can not live in fear, but we have to live in reality. The reality is this could happen again. What does America have to do in an effort to protect herself? Are we now becoming a police state? Is there any place safe anymore? I don’t think we (Americans) will walk around in fear but with the current gun control debate it is almost mute. People have to protect themselves and this has to be factored into all of the discussions.